THE IMPORTANCE OF CHIMNEY REPAIR

First, there is the obvious reason. You have a live active fire inside your home. The purpose of the fireplace is to contain that active fire in your house. And the purpose of the chimney is to allow the smoke, fumes and undetectable dangers like carbon monoxide to safely exit the house. An interruption in anyone of these can quickly turn into a life-threatening situation.

The fireplace is clearly visible and one can quickly detect when it is not operating properly. However, the chimney is not so apparent. It is precisely because the chimney is not visible that it is one of the most neglected things in the home. This article will give a brief overview of the importance of chimney repair.

A physical blockage or some kind of structural damage within the chimney shaft can lead to improper ventilation. Again this can be more than just visible smoke backing into the home. Every year hundreds of people die from invisible and odorless carbon monoxide building up inside their house.

This can happen with even the more modern chimneys that use gas instead of real wood logs. And do not have the traditional brick chimney. The issue is still fire, smoke and improper ventilation. Plus corrosion, rust or other natural deterioration of the material the chimney is made from can still pose risks like carbon monoxide leaks.

But what if you do have the old traditional chimneys made of stone or bricks? Then you should know that they are susceptible to erosion from the elements like rainstorms, cracks and crumbling during earthquakes or just plain structural wear out over the years. For these reasons brick chimneys often require reinforcement or a complete rebuilding.

Another common problem with the traditional brick chimneys is creosote build-up. This is a by-product created by burning wood or coals in a fireplace. Creosote is usually black or dark brown in appearance, and is highly flammable. Allowing it to build up inside the chimney could result in a fire inside the chimney shaft. It can be a slow burning fire you may not be aware of. Even if the fire never escapes and is fully contained within the brick chimney shaft it can still result in severe damage to its internal structure.

So from fire to silent poisoning there are a variety of things that can happen with the chimney that can quickly escalate into a major disaster. As with many things in life, prevention is the best protection. Keeping your chimney clean and repairing structural issues as soon as they start to occur is the best way to prevent a chimney threat.

Chimney inspection and cleaning services is an entire profession to itself. Every state in America requires a license before an individual can legally call themselves a chimney professional. There are three levels.

Level 1 Standard routine annual inspections
Level 2 In-depth inspections of the chimney and the rooms adjacent to the chimney shaft
Level 3 After a Level 1 or 2 reveals that there are physical obstructions or structural damage. They will determine the type of repairs your chimney requires.

You or a handyman contractor can perform minor repairs. But considering the seriousness of what can occur the chimney is one of those areas of the home where it is best to hire an experienced, licensed professional. The importance of chimney repair can potentially become the difference between life and death.

May 11 2016
Thousands of residential fires are caused by chimneys. This is why homeowners must implement the proper safety procedures throughout the year. A typical unit should be inspected annually by a certified chimney sweep. After the inspection, you...
Read More...

May 11 2016
It only fits best to explain the repair tips to those who have the knowledge of what it is. It is the place that is commonly used for relaxing or changing dirty clothes before accessing the house. It is usually at the front of the main door leading...
Read More...

May 11 2016
Cracked and broken bricks are common in Michigan and can cause severe damage to your building structure. If the masonry is very brittle, the walls will immediately begin to crack. These cracks start shallow but get deeper over time. This is why you...
Read More...

May 11 2016
The most obvious reason for professional porch repair is the enhanced appearance that guests will see as their first impression when approaching your home or business. The more hidden reasons are the understanding of structural integrity and the...
Read More...

WE HAVE OVER 70 GREAT MASONRY PROJECT REVIEWS ON HOME ADVISOR!

May 11 2016
We have over 70 reviews averaging more than 4.9 out of 5 rating on Home Advisor! Take a look at some of the reviews below or visit our Intra Masonry page on Home Advisor to view all the ratings. 5 out of 5 Stars Review by Richard R. in Saint...
Read More...

May 11 2016
Intra Masonry is a locally owned and operated masonry company in Southeast Michigan servicing the tri-county area. The company is built on a family history of 30+ years in the masonry business. Today, owner Raffaele Andriolo, with 15 years of...
Read More...

May 11 2016
Choosing the right Michigan masonry repair contractor can be difficult if you are not well versed on brick work. The good news is, a modest amount of research makes the process much easier and less stressful. You can then find a good match to your...
Read More...

THINGS TO CONSIDER BEFORE CHOOSING A MICHIGAN MASONRY COMPANY

May 11 2016
When it comes to building a strong masonry structure, it’s essential that you choose the correct Michigan masonry company. If you look around carefully, you can certainly find a reliable masonry contractor with ease. When it comes to zeroing...
Read More...

DO YOU NEED A CHIMNEY CAP?

May 4 2016
A chimney cap is a fairly affordable installation. Still, many homeowners question...
Read More...

THE IMPORTANCE OF CHIMNEY REPAIR

May 4 2016
The purpose of the chimney is to allow the smoke, fumes and undetectable
Read More...

5 TIPS FOR MAINTAINING A WOOD-BURNING FIREPLACE

May 13 2013
If you notice a lot of smoke in your house after adding wood to your fire place, it could be a
Read More...
Request a Free, No Obligation Estimate
Latest Tips
& Advice

Thousands of residential fires are caused by chimneys. This is why homeowners must implement the proper safety procedures throughout the year. A typical unit should be inspected annually by a certified chimney sweep. After the inspection, you...
Read More...
View All Tips 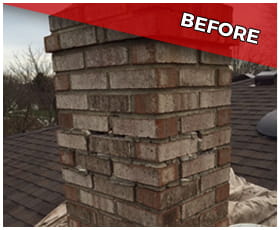 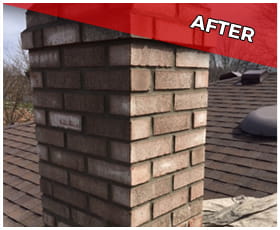 Browse our portfolio to see examples of our beautiful and durable brick work.
Browse Our Portfolio